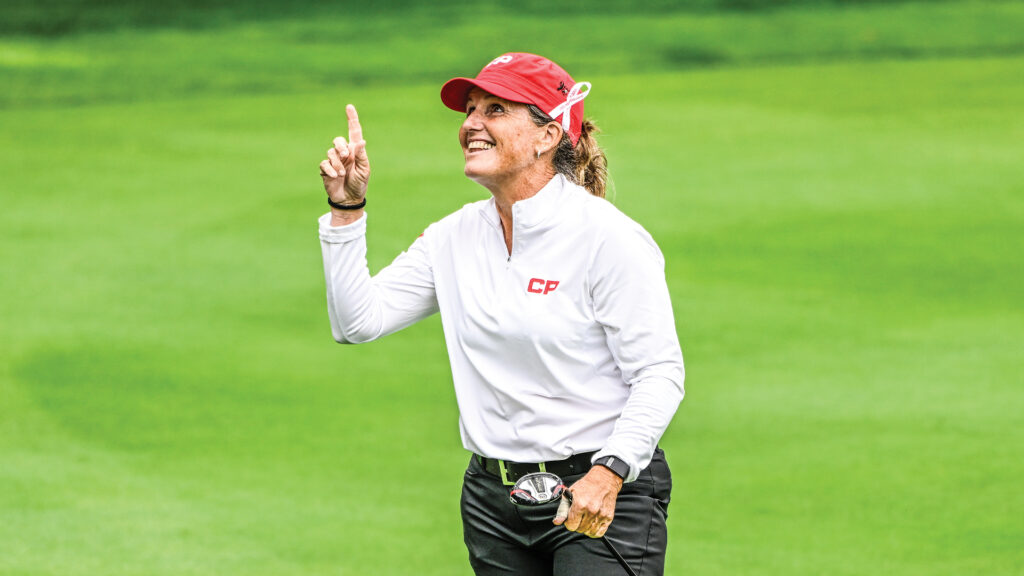 OTTAWA, Ont. – When Canadian Golf Hall of Famer Lorie Kane walked up the 18th green to a soundtrack of adoring applause, it would mark her last stroll as a competitor at the CP Women’s Open. The 57-year-old P.E.I. native competed in her record 30th and final appearances in Canada’s National Championship with a legacy worthy of the title: ‘Icon’.

A soggy morning at Ottawa Hunt & Golf Club resulted in a two-hour delay for Friday’s second round. The skies would clear after the restart with sunshine lighting her final walk up to the 18th green. Anyone who’s known Kane during her illustrious career would attest, the changing weather reflects her character – in life, as in golf, Lorie Kane always brings the sunshine.

“As I said early in the week, I love what I do and I love to share what I do,” mentioned Kane. “I hope I can continue to do that in some way, shape, or form. You know, I’ve had some loss. I shared my dad passed. We lost Jocelyne (Bourassa). We lost Kyle, one of our CP ambassadors from Magna. And so, I just played golf. To put smiles on people’s faces.”

Since turning professional in 1996, Kane has recorded four career victories on the LPGA Tour, 99 Top-10 finishes, and sits 46th on the Career Money List with nearly $7 million in earnings. She has won on the Legends of the LPGA five times, is a member of the Canadian Golf Hall of Fame, Canada’s Sports Hall of Fame, and received the Order of Canada – the highest civilian honour – in 2006. As a CP ambassador, Kane has also supported CP’s charitable platform that has helped to raise more than $13M in support of children’s cardiac care in the host markets of the CP Women’s Open.

The skies may have been clear as Kane closed out her CP Women’s Open career, but not an eye remained dry in the house. Of all the accolades, a humble Kane points to a personal philosophy, instilled by her late father and inscribed as a tribute on a new club headcover –  ‘Leave everything better than you found it.’

NARIN AN LEADS AFTER PLAY SUSPENDS DUE TO DARKNESS

South Korea’s Narin An recorded a bogey-free round today firing 13-under par 65 to edge the partial-round lead by two strokes. Playing in her rookie season, the 26-year-old has a career-best finish, solo third, at the JTBC Classic presented by Barbasol.

Maddie Szeryk, a member of Team Canada’s Young Pro Squad sits as the low Canadian after play was suspended, with a bogey-free 3-under 68 Friday and score of 7-under (T13) overall. The 26-year-old from London, Ont. secured her LPGA Tour card in 2021 and is playing in her rookie season.

Canadian star and local favourite Brooke Henderson used a second-round 3-under 68 to sit t32 through 36 holes.

Friday’s round featured an ace from French golfer Pauline Roussin (T29) on the 8th hole with an 8-iron.