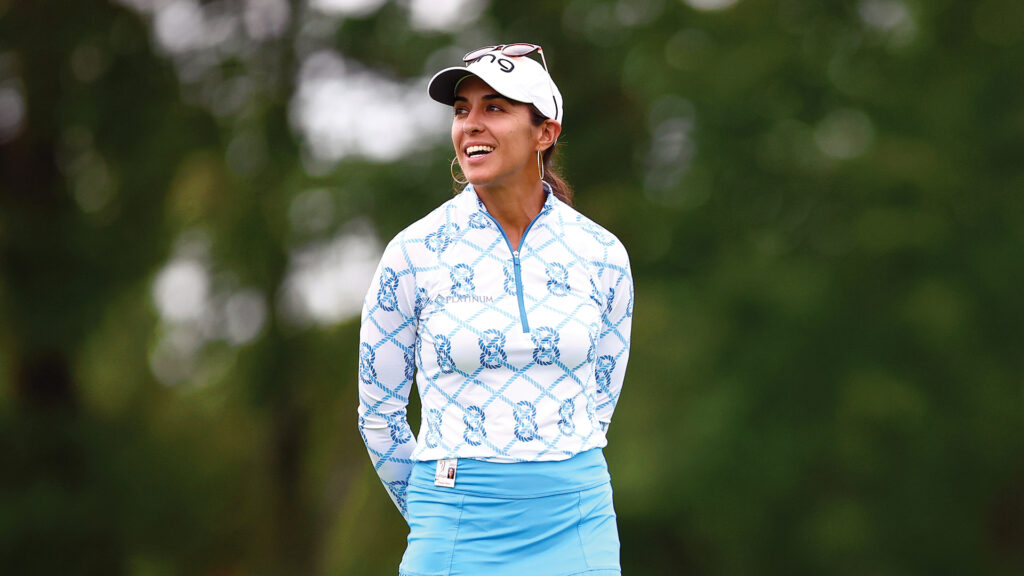 One thousand ninety-three days: that’s how long it’s been since the CP Women’s Open was last played in 2019. Following an Opening Ceremony on the first tee at Ottawa Hunt and Golf Cub, Canada’s National Open Championship saw its long-awaited and jubilant return.

Paula Reto fired a course-record, 9-under 62 to take a two-shot lead into Friday’s second round. Reto’s round of 62 bettered the previous Ottawa Hunt course record of 63 shot by Brooke Henderson at the 2017 CP Women’s Open. The Cape Town, South Africa native carded nine birdies and currently sits 74th in the Race to CME Globe Standings.

“You know, usually when I make two, three birdies I feel like it’s going to be a good day whether I either make a few more or not. Usually under par is always good,” said Reto. “But to go low is always fun. And to have no bogeys. I saved two really good par saves, which was nice. So that kind of kept the momentum going for a low round.”

Narin An of South Korea sits alone in second at 7-under 64, with Americans Robynn Ree, Lilia Vu, and Emma Talley sharing third position at 6-under.

Alena Sharp of Hamilton, Ont. and Maddie Szeryk of London, Ont. carded the low Canadian rounds of the day at 4-under 67 (T16).

“Felt pretty amazing,” said Sharp, who is playing in her 17th CP Women’s Open. “Struggled with my putting last year all year, and came out and changed my grip, changed putter. I’m aiming it better, and I made a lot of putts today. Some of those putts that I would’ve been scared to putt last year, they just — I stood up and was very assertive and made a good stroke. Nice to see them go in.”

“I think I’ve just grown a lot and learned more about myself and my game since then,” said Szeryk on the last time she played Ottawa Hunt & Golf Club as an amateur. “Played professional a couple years, and it’s just been really awesome. Just to see some of those great results — I felt like I’ve been really close, and just to see the results is pretty cool.”

Thursday’s opening round featured a pair of aces at Ottawa Hunt with Lauren Zaretsky of Thornhill, Ont. (T30) jarring a 7-iron from 155 yards on the fifth hole while American Emma Talley (T3) used 6-iron on the 172-yard 13th hole.

The following player transcripts from Thursday’s opening round are available online:

NATIONAL PRIDE ON DISPLAY FRIDAY FOR RED AND WHITE DAY

The only LPGA Tour stop north of the border is ready to celebrate in a big way with the annual Red and White Day. On Friday, August 26th, spectators, staff, and fans are encouraged to wear the nation’s colours while cheering on the Canadian contingent chasing an LPGA Tour title in the Nation’s Capital.

PAIRINGS AND START TIMES FOR ROUND TWO OF THE CP WOMEN’S OPEN:

Click here for a link to pairings and start times for the second round of the CP Women’s Open on Friday, August 26.