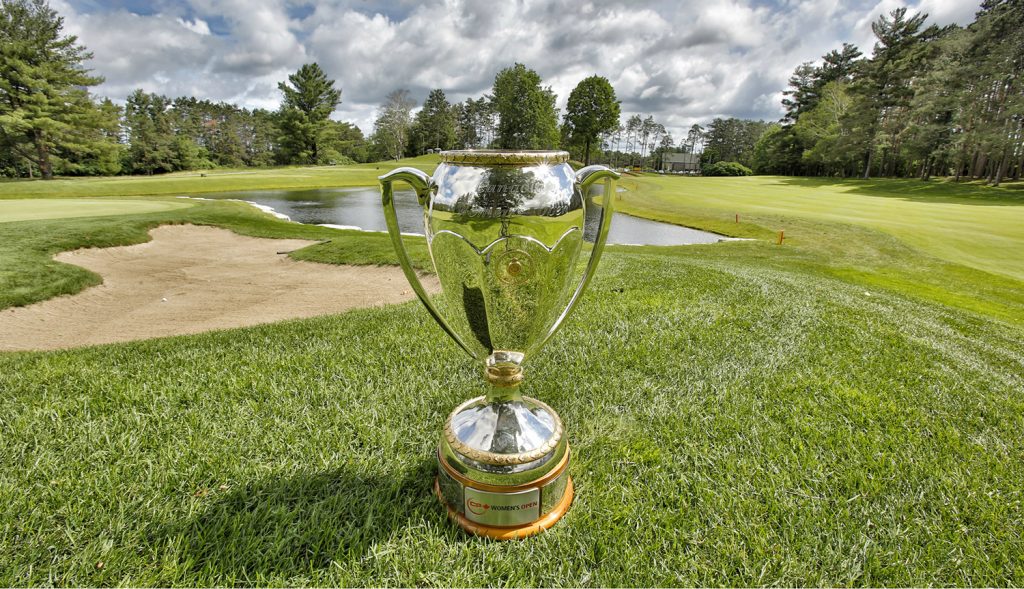 Jin Young Ko will begin her title defence on Thursday, as 156 players get set to tee it up in the opening round of the 2022 CP Women’s Open at Ottawa Hunt & Golf Club.

Ko’s attempt at defending her title comes after a two-year hiatus due to the COVID-19 pandemic. The 13-time LPGA Tour winner is scheduled to tee off tomorrow at 1:15 p.m.

A hometown favourite, Brooke Henderson of nearby Smiths Falls, Ont. looks to relive the magic of her own 2018 victory at the CP Women’s Open. During her Championship Pro-Am round, crowds gathered to cheer on the 24-year-old and expect to grow in size and volume as Henderson seeks her 13th career LPGA Tour win.

Eighteen Canadian will join Ko and Henderson in the opening round Thursday, including 12-year-old Lucy Lin of Vancouver as well as Lorie Kane of Charlottetown, P.E.I. who will make her 30th and final start at the CP Women’s Open.

Pairings and start times for the opening round of Canada’s National Open Championship are available online here.

Canadian golf icon Lorie Kane announced in May that the 2022 CP Women’s Open would mark her final appearance at Canada’s National Women’s Championship. Today, ahead of her record 30th tournament appearance, Kane shared a special nod to her father who passed away in July.

“My niece, Charlotte, decided we are going to need an extra club in the bag this week, so to speak,” said Kane. “There was a head cover made, and on the front in garnet red is the St. Dunstan Saints. That was my father’s hockey team that he coached….On the front of the head cover it says St. Dunstan Saints, and the back of the head cover is my dad’s cashmere sweater. My dad was always in a cashmere sweater…The boys put it together so beautifully, and had them inscribe on the bottom, leave it better than you found it.”

MEGAN KHANG ON FIRING FOR A GUINESS WORLD RECORD

On Tuesday at Ottawa Hunt, Megan Khang was joined by teammates Pauline Roussin-Bouchard, and Rebecca Lee-Bentham in a bid to set a Guinness World Record for most holes completed in three minutes. While the group was bested for the record by a squad consisting of Jennifer Kupcho, Alison Lee, and A Lim Kim, Khang pointed to the experience as a memorable part of the Canadian tournament experience.

“Honestly, it was a lot of fun…You know, I think Canada, we always call this Canada’s major, and it’s like the honorary major to us. So just being back in Canada means a lot to me,” said Khang. “It’s so cool to be back out here, and it’s really cool see Brooke’s Brigade.”

We did a thing!

American star Danielle Kang referred to Canada as her ‘second home’ when speaking about her return to competition north of the border. Kang recently returned from a leave of absence from the LPGA Tour, but is dialled in and excited to play in front of a great crowd at Ottawa Hunt & Golf Club.

“I just love to win, love to compete one-on-one,” said Kang. “But golf game, you’re not going to go very far by just loving to win, right? So I had to learn to lose, and I think that’s kind of what I changed with, as hating to lose to loving to win. And that will never go away.”

CGSA RECOGNIZES OTTAWA HUNT & GOLF CLUB SUPERINTENDENT
Eric Ruhs, superintendent at Ottawa Hunt & Golf Club was presented with a commemorative plaque by John Scott, past president of the Canadian Golf Superintendents Association (CGSA) in recognition of his efforts in preparing the golf course for the 2022 CP Women’s Open.

The Ottawa Valley was stuck heavily by a freak storm in May that damaged over 1100 trees on the property. Despite the devastation, Ruhs and his crew pulled off the unimaginable and readied Ottawa Hunt & Golf Club in time to welcome the world’s best golfers for the CP Women’s Open.

Today, the Honourable Mona Fortier, President of the Treasury Board and Member of Parliament for Ottawa–Vanier, on behalf of the Honourable Helena Jaczek, Minister responsible for the Federal Economic Development Agency for Southern Ontario (FedDev Ontario), announced an investment of nearly $4.4 million for Golf Canada to support the return of the CP Women’s Open and the RBC Canadian Open tournaments.

This non-repayable investment, made through the Major Events and Festivals Support Initiative (MFESI), is supporting the 2022 CP Women’s Open as well as the RBC Canadian Open, which took place in Toronto in June, to not only return to but exceed their pre-pandemic scale. With this support, Golf Canada is improving its digital presence, enhancing on-site offerings and accommodating more attendees.

OPENING CEREMONY
The Opening Ceremony for the 2022 CP Women’s Open will take place at 6:45 a.m. ET on Thursday, August 25, 2022 at the first tee at Ottawa Hunt & Golf Club. Tournament officials will deliver opening remarks along with a land acknowledgement and drum song performance.