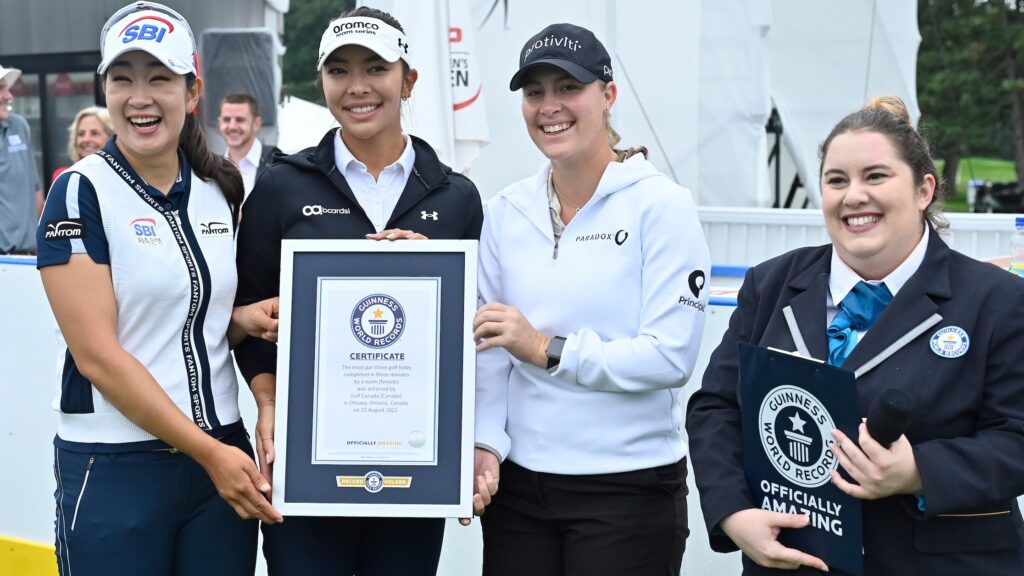 Many people have a childhood memory of reading through the Guinness World Records, finding out who had made record-setting marks in their favorite sport or held some obscure “World’s Most” title. Now, six LPGA Tour players have added their names to the Guinness files.

On Tuesday at Ottawa Hunt and Golf Club, two groups of three LPGA Tour players took to the par-3 17th hole in search of their place in Guinness World Record history. The goal? Make the most pars or better on a hole, set to at least 160 yards, in 3 minutes. LPGA Tour and Golf Canada Rules Officials were on site to ensure each hole was completed, not to mention an official Guinness World Records observer making sure the event met Guinness regulations.

First up, the trio of Megan Khang, Rebecca Lee-Bentham and Pauline Roussin, playing alternate-shot format, flew around 17 to complete five holes and set the Record.

“We lost the coin toss and so we had to go first, and I would like to think that we helped Alison, Jennifer and A Lim kind of see how to play the hole,” Khang joked. “But no, it was a ton of fun out there. There was some trash talking out there for sure. I mean, you don’t realize how quickly three minutes goes.”