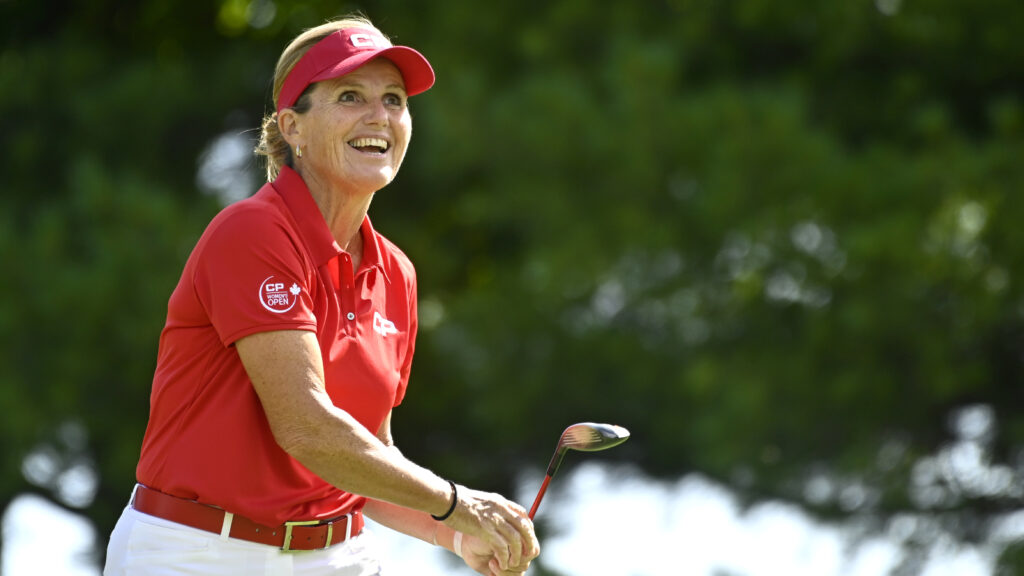 Earlier this year, Golf Canada and the Golf Canada Foundation announced the creation of a new recognition award to acknowledge and celebrate the commitment of individual leaders who are using golf as a platform to positively impact their communities.

On the eve of the 2022 CP Women’s Open, to honour Canadian golf legend Lorie Kane who will make her 30th and final playing appearance at Canada’s National Open Championship, Golf Canada has announced that that recognition will be renamed the Lorie Kane Community Spirit Awards.

Kane, a member of the Canadian Golf Hall of Fame, Canada Sports Hall of Fame, and recipient of the Order of Canada, has been extremely active in supporting youth and charitable activities during her career. As a CP ambassador, Kane has also supported CP’s charitable platform that has helped to raise more than $13M in support of children’s cardiac care in the host markets of the CP Women’s Open.

“Lorie Kane has become one of the most active voices and passionate ambassadors for Canadian golf and it is truly deserving that Lorie Kane Community Leader Awards be named in her honour,” said Golf Canada President Liz Hoffman. “Lorie has been generous with her time in mentoring youth in PEI and across Canada, supporting future generations of up and coming athletes and giving back to the game that has meant so much to her incredible career. Lorie has worked with Golf Canada to engage the business community in their greater support of the women’s game and is a champion for our sport both on and off the golf course.”

The Lorie Kane Community Leader Award will celebrate an individual over the age of 19 with a demonstrated ability to lead community initiatives; someone who has contributed a measurable impact through volunteerism or charity; or an individual who has showcased excellence in their involvement with, or support of youth programs such as First Tee – Canada or other junior golf activities.

The recipient of the Lorie Kane Community Leader Award will receive a $5,000 donation from the Golf Canada Foundation to advance a golf program or golf-related initiative of their choice.

The recipient of the Lorie Kane Future Leader Award will be awarded a $5,000 donation towards their post-secondary education and will also be offered a paid work internship with Golf Canada.

The Canadian golf community is invited to submit individual nominations for the Lorie Kane Community Spirit Awards through an online nomination form. The nomination period will close at 11:59 pm EST on August 31, 2022.

Click here to nominate an individual for the Lorie Kane Community Leader Award.

Click here to nominate an individual for the Lorie Kane Future Leader Award.

At the conclusion of the nomination period, all Lorie Kane Community Spirit Award submissions will be compiled and evaluated by a selection committee that includes representatives from Golf Canada, the Golf Canada Foundation, Honoured Members of the Canadian Golf Hall of Fame, industry representatives and the Golf Journalists Association of Canada.