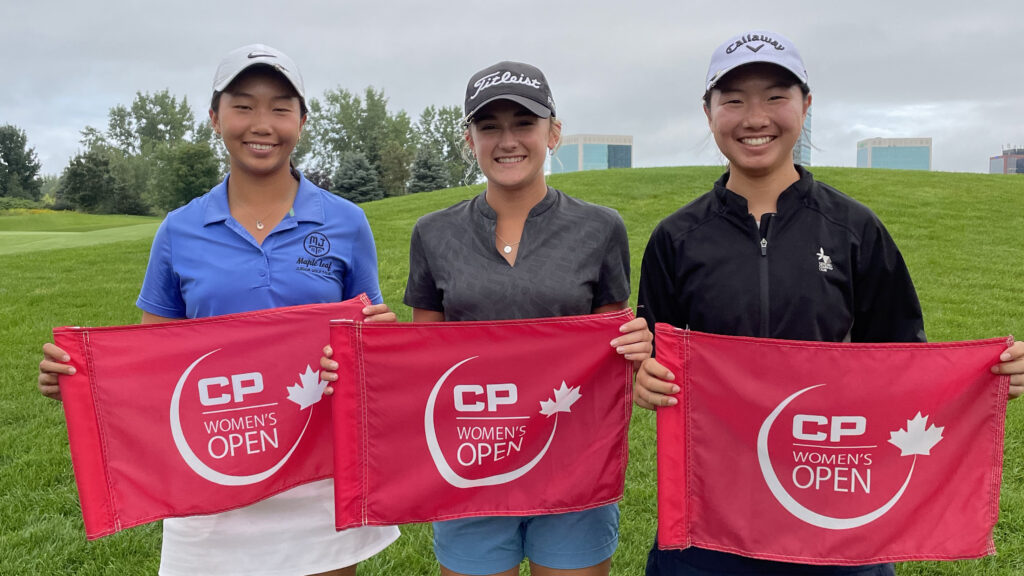 OTTAWA, Ont. – When Michelle Liu qualified for the 2019 CP Women’s Open at 12 years, 9 months and 6 days old, it was a record that many thought would last for the foreseeable future.

On Monday, Lin earned a spot in the 2022 CP Women’s Open via a 3-for-1 playoff in the Final Qualifier at The Marshes Golf Club in Ottawa, Ont. and when she tees it up at Ottawa Hunt & Golf Club on Thursday at the age of 12 years, 7 months and 12 days, she will become the youngest female ever to qualify for Canada’s National Women’s Open.

The Vancouver, B.C., native scrambled out the gates, making two bogeys and a double on her opening four holes. Five pars followed as she steadied the ship before shifting it into high gear. On the back nine, Lin, who finished as the runner-up in this year’s Canadian Junior Girls Championship, rolled in four birdies to get into a playoff.

“Honestly, I was just trying to hit every shot the best I can. [I] was a bit nervous, but I tried to just stay patient,” said Lin. “I had a rough start, but I had to come back.”

In the playoff, the 12-year-old made par on No. 7 at The Marshes to advance to her first ever LPGA Tour event.

“I had driver and then like a 128-yard shot and it was dark out, so I couldn’t see really well, but I just tried to do my swing and I tried to make my putt, but it was close,” said Lin.

In the end it didn’t matter. The champion of the NextGen Western Championship’s tap in par booked her ticket to the CP Women’s Open.

Lin says she thinks her mom, who follows her at every tournament, will be on the bag come Thursday and says she looks forward to “seeing those great players and having a great experience.”

The aforementioned Liu also advanced to her second CP Women’s Open with an even-par 72, author of the lowest score of the day along with Gianna Clemente, a 14-year-old from Estero, Florida. Canadian Vanessa Zhang posted a one-over par 71 to clinch her spot at the national championship.

“Just knowing how the overall experience works, I know that’s definitely something that will make the environment a little less foreign to me,” said Liu, who previously held the record as the youngest female to ever qualify for the tournament. “Having the experience of playing in an event where there are spectators and there are camera people, it not being the first time I’ve been in this situation will definitely, I hope, be advantageous to me.”

At the mere age of 12 in 2019, Liu, for obvious reason, found herself far back in the fairway from her older competitors. That is something she figures will change this time around.

“Over the three years from 2019 to today, you know, I hit my driver further, I think I’ve had a lot of experience because I’ve played in other events that really mattered, so I hope that can all coalesce into something that will help me play better.”