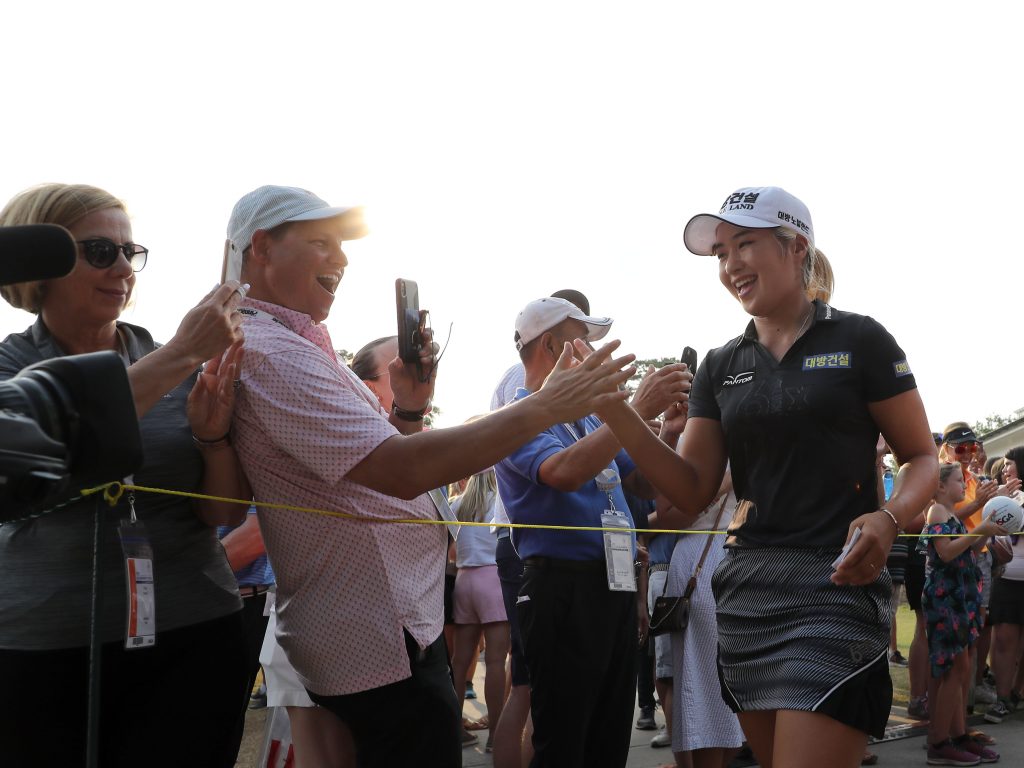 DAYTONA BEACH, Fla. – The LPGA Tour announced today that Jeongeun Lee6 has won the 2019 Louise Suggs Rolex Rookie of the Year award. Lee6, who won the 2019 U.S. Women’s Open, clinched the honour following her tie for eighth at last week’s Volunteers of America Classic. Lee6 has earned 1,273 points and holds an insurmountable 756-point lead over second-place Kristen Gillman with five events left in the 2019 season.

“For five consecutive years, Korean golfers have won this Rookie of the Year award. I’m part of that list, and I am so proud and honoured,” said Lee6, 23. “This is all thanks to those players who came before me, who have all given me so much advice. Since the season is almost over, I want to finish strong for the rest of our tournaments and perform well.”

Lee6 earned 2019 LPGA Tour Membership after taking medalist honours at the inaugural Q-Series in 2018. In June, she became a Rolex First-Time Winner when she won the U.S. Women’s Open, becoming the 19th player in championship history to make the U.S. Women’s Open her first LPGA Tour victory. She also has runner-up finishes at the LPGA MEDIHEAL Championship, ShopRite LPGA Classic presented by Acer and Aberdeen Standard Investments Ladies Scottish Open, along with 10 other top-20 finishes. She currently sits fourth in the Rolex Women’s World Golf Rankings.

Prior to joining the LPGA Tour, Lee6 was a member of the Korean LPGA Tour from 2016-18. She won six KLPGA events, including major championships at the 2018 Hanwha Classic and 2018 KB Financial Star Championship, and led the KLPGA money list in 2017 and 2018.

Lee6’s unusual last name comes from the fact that she is the sixth player in KLPGA history named Jeongeun Lee. She has embraced the moniker, emblazoning it on her clothing and golf bag, and even naming her official Korean fan club “Lucky Six.”

Lee6 will receive the Louise Suggs Rolex Rookie of the Year award at the 2019 Rolex LPGA Awards ceremony, to be held Thursday, Nov. 21, at Tiburon Golf Club during the week of the season-ending CME Group Tour Championship.