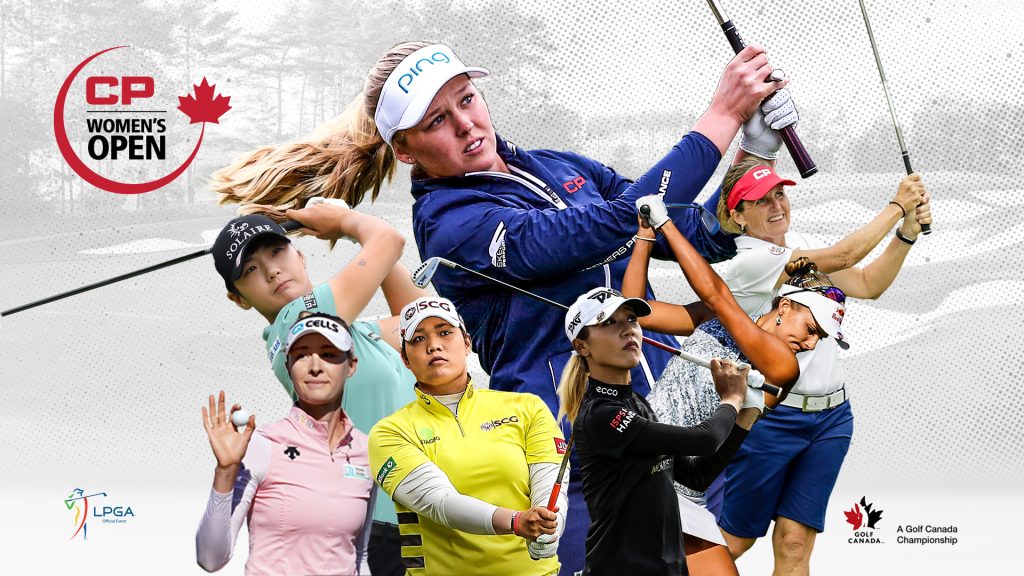 96 of the top 100 players on the LPGA Tour Money List as well as 17 in-year winners, nine past champions and 15 Canadians to compete August 19-25 at Magna Golf Club in Aurora, Ont.

Defending champion Brooke Henderson of Smiths Falls, Ont., will battle one of the strongest fields on the LPGA Tour including 96 of the top 100 players on the 2019 LPGA Tour List and 17 in-year tournament winners. Henderson, currently ranked sixth on the LPGA Tour Money List and eighth on the Rolex Women’s World Golf Rankings, has two LPGA Tour wins on the season and her nine career LPGA Tour victories are the most ever by a Canadian on the LPGA or PGA Tour. Her victory in 2018 at The Wascana Country Club in Regina, Sask. made her the first Canadian since Jocelyne Bourassa 45 years prior to win the National Women’s Open.

“We are absolutely thrilled to welcome the world’s best golfers to Magna Golf Club as the CP Women’s Open returns to the Greater Toronto Area for the first time in 17 years,” said Tournament Director Ryan Paul. “Our field, with 96 of the top 100 players on the 2019 LPGA Money List including 17 in-year winners, nine past champions and the very best rising talents in Canadian and international golf, is second to none. With Brooke [Henderson] coming in as our defending champion, golf fans will be treated to an incredible golf experience next week in Aurora.”

A full field list of players confirmed to compete in the 2019 CP Women’s Open is available online here.

The youngest player in the field will be 12-year old Michelle Liu of Vancouver who earned an exemption as the low Canadian at the recent Canadian Women’s Amateur Championship.

General admission tickets, starting at just $20 for early week access, provide access to the grounds to get an up-close look at the stars of the LPGA Tour. Tournament rounds for Thursday, Friday and Saturday are just $50; a Sunday final-round ticket is $60; and a weeklong, fully transferable badge is $120.

In addition to general admission tickets, a limited number of upgraded spectator viewing experiences are still available. A full list of ticket packages and pricing is available online atwww.cpwomensopen.com/tickets.

CP HAS HEART IN SUPPORT OF SICKKIDS FOUNDATION
Canadian Pacific will continue its history of making a substantial donation to the host community through its CP Has Heart community investment program. In the five years of CP’s title sponsorship of the CP Women’s Open, $8.5 million has been raised to support children’s heart health in communities across Canada. This year, the campaign will benefit SickKids Foundation, the primary charity partner for the 2019 Canadian Pacific Women’s Open, as well as Southlake Regional Health Centre in Newmarket, Ont. For more information on CP Has Heart, visit www.cphasheart.com.

BIRDIES FOR HEART
You can help fundraise for an upgraded Cardiac Operating Suite at SickKids by pledging a donation amount or per birdie for 2019 CP Women’s Open tournament play. Whenever a LPGA Tour player sinks a birdie on the 17th hole, your chosen dollar amount is donated to SickKids Foundation. For all donations made through Birdies For Heart, spectator support will be matched by CP. To participate, please click here.

CP WOMEN’S LEADERSHIP SUMMIT TO KICK OFF TOURNAMENT WEEK
Golf Canada and Canadian Pacific are proud to host the second annual CP Women’s Leadership Summit on Tuesday, August 20 at the Sheraton Parkway Toronto North in Richmond Hill, Ont., as part of the weeklong excitement of the 2019 CP Women’s Open. The CP Women’s Leadership Summit will bring together like-minded businesswomen from across the country for a day of networking, empowerment and philanthropy. The Summit will also raise awareness for the CP Women’s Open, with attendees receiving access to the tournament during the week.