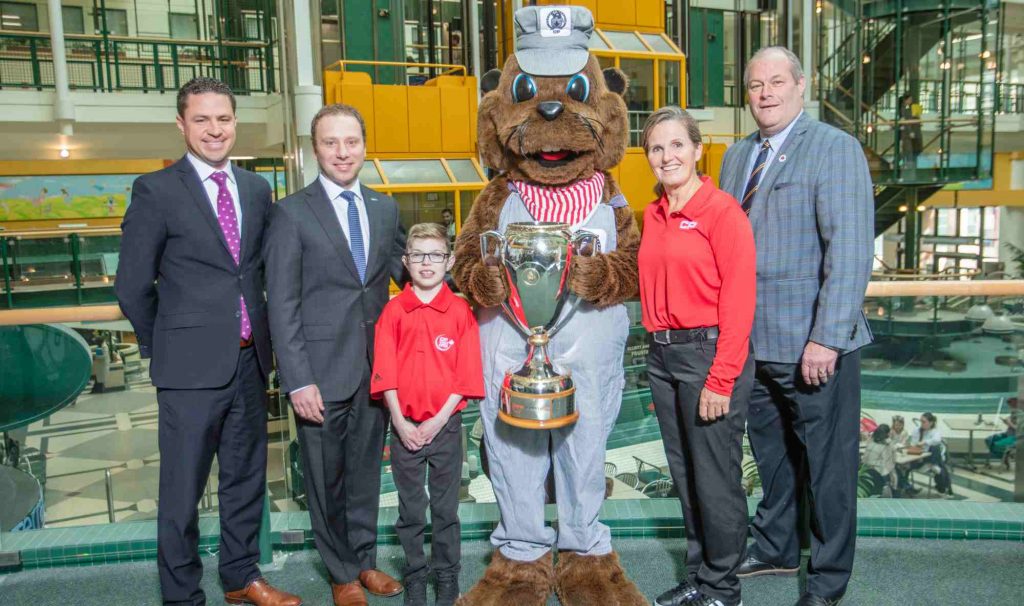 The 2019 CP Women’s Open will see Canadian sensation and CP ambassador Brooke Henderson defend her national golf title against the top LPGA Tour players in the world from August 19-25 at Magna Golf Club, in Aurora, Ont.

“CP is elated to be working with SickKids Foundation through the 2019 CP Women Open,” said CP’s President and Chief Executive Officer, Keith Creel. “This is a natural partnership as CP is focused on giving back through our community investment program, CP Has Heart, and SickKids Foundation is focused on helping young hearts across Ontario – a province that has been integral to our network for more than 130 years.”

This year, CP will be working with Kyle Hayhoe, a child ambassador for SickKids Foundation. Kyle was cared for at the Hospital for Sick Children (SickKids) for four months after he was diagnosed with a hypertrophic obstructive cardiomyopathy at only seven weeks old and required a heart transplant. Now, when Kyle isn’t attending his regular check-ups with the heart transplant, respiratory and nephrology teams at SickKids, he can be found on the golf course perfecting his swing.

Funds raised through the CP Women’s Open will go towards renovating a Cardiac Operating Suite at SickKids.  In addition, CP is also proud to support our tournament host community this year. CP will make a donation of $250,000 to Southlake Regional Health Centre in Newmarket, Ont. to support paediatric cardiac care.

“We appreciate the generous support of the community and are extremely grateful to our partners CP, Golf Canada and the CP Women’s Open,” said SickKids Foundation CEO, Ted Garrard. “Funds raised through this partnership will help continue to advance cardiac care that will deliver better outcomes for our patients who come from all across Canada, for many years to come.”

In the five years of CP’s title sponsorship of the CP Women’s Open, $8.5 million has been raised to support children’s heart health in Canada. This will mark the third time in six years southern Ontario has hosted the CP Women’s Open resulting in more than $3.3 million dollars invested in London (2014 – $1.3 million) and Ottawa (2016 – $2 million)

“I can’t say enough about the incredible work CP does through the CP Has Heart campaign – they are an absolute terrific partner who are helping to make a meaningful impact in the lives of countless Canadians,” said Golf Canada’s CEO, Laurence Applebaum. “Tournament week will be a fantastic showcase of world-class golf and charitable giving in support of SickKids Foundation.”

In 2018, Brooke Henderson became the first Canadian to win the country’s National Open Championship in 45 years, shooting 65 in the final-round for a four-stroke victory at the CP Women’s Open in Regina, Sask. Jocelyne Bourassa was the last Canadian to win the event, when she was crowned Canadian champion in 1973.

This is the first time the Greater Toronto Area will play host to a major LPGA Tour event since 2001, when the event was held at Angus Glen Golf Club in Markham. The 2019 CP Women’s Open will run August 19-25, 2019 at Magna Golf Club in Aurora.