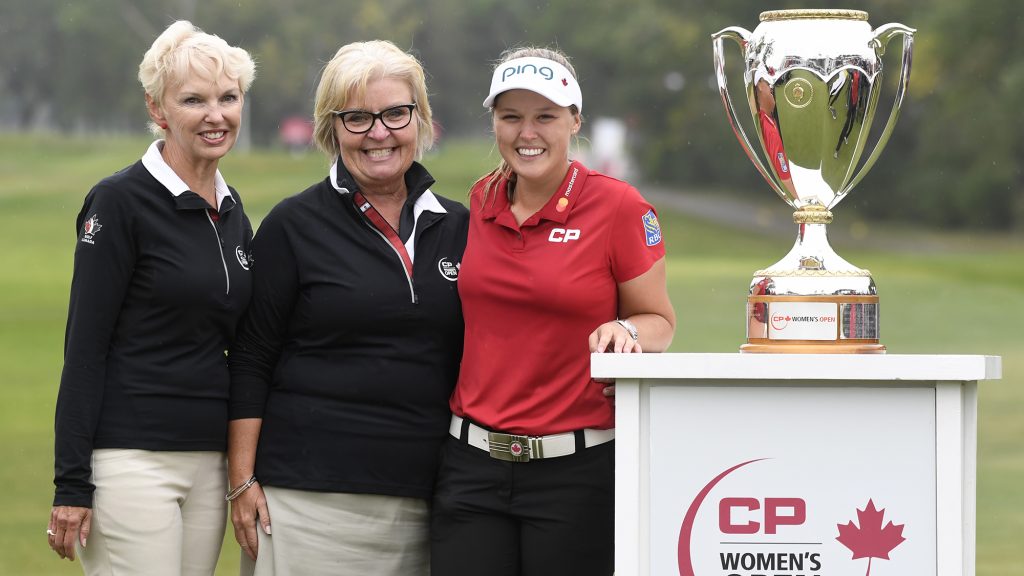 The outstanding events, people and organizations from Canada’s vibrant sport tourism industry in Canada were honoured at the 13thannual Canadian Sport Tourism Alliance (CSTA) PRESTIGE Awards. The awards recognize those who work to bid, host and stage sport events across the country.

With three major events in Regina in 2018, Bernadette McIntyre played key volunteer roles in each one en route to winning the honour of Sport Event Volunteer of the Year Award. During the CP Women’s Open , she co-chaired the Host Committee which had 21 event committees, 42 co-chairs and over 1100 volunteers and saw Brooke Henderson become the first Canadian since 1973 to win Canada’s National Open.

She Chaired the Bid Committee for the Tim Hortons Brier, then formed the Host Committee and served on its executive. For the Mastercard Memorial Cup she acted as a liaison between the Host Committee and the venue. Her boundless energy and exceptional organizational skills  ensured that event participants, volunteers and attendees had truly fulfilling experiences.