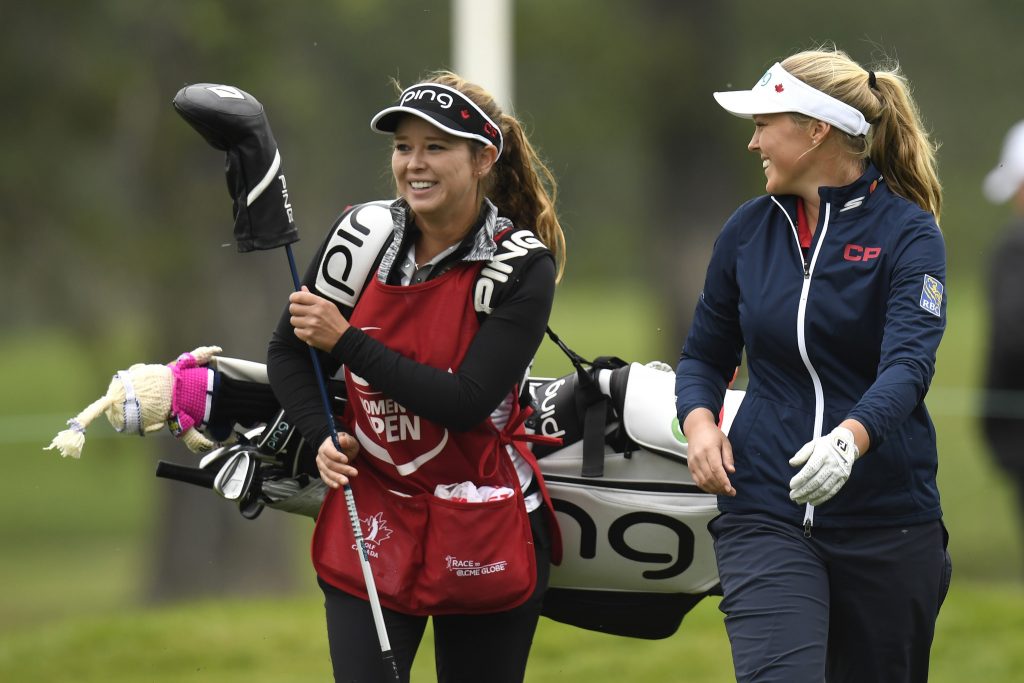 Brittany Henderson, the older sister of Brooke Henderson, is one of nine people who was recently inducted into Coastal Carolina University’s Buddy F. Sasser Athletics Hall of Fame.

Prior to putting her successful playing career behind her to caddy full-time for her sister on the LPGA Tour, Brittany Henderson was a member of Team Canada’s Development (2006-2008) Team.

Henderson was officially inducted as the Hall’s 28th class on the evening of Nov. 9. The Class of 2018 was also publicly honored at halftime of Coastal Carolina’s football game versus Arkansas State on Nov. 10.

Big Congratulations to my sister!! Inducted into Coastal Carolina University’s Athletic Hall of Fame last night! So proud of her ? pic.twitter.com/sj0cPB7C9s