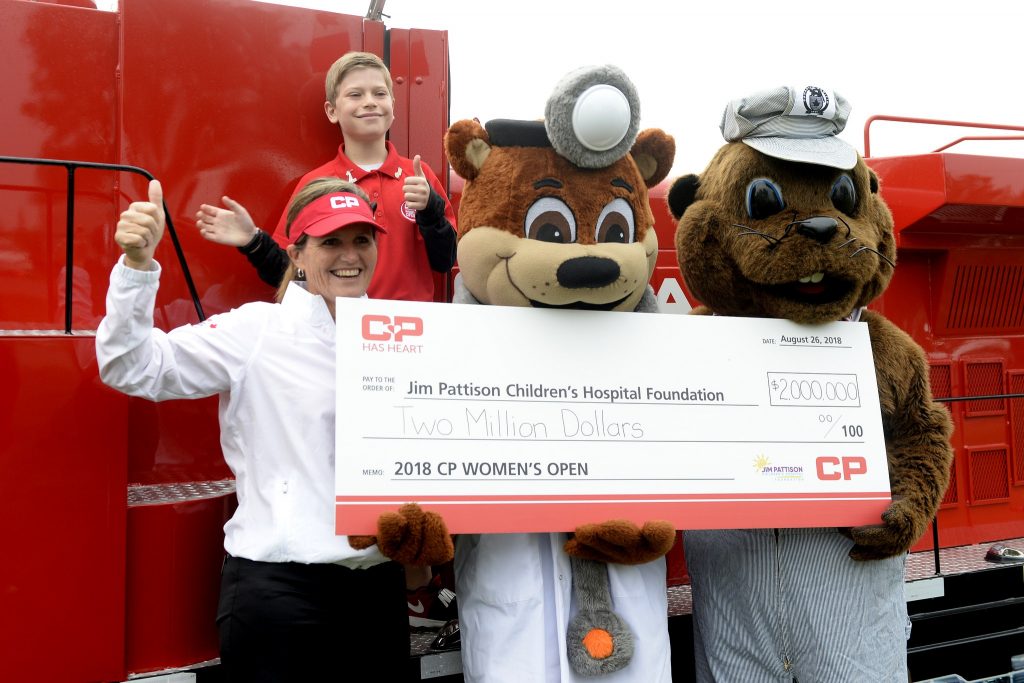 Henderson shot 21 under par to become just the second Canadian to win this national championship, and the first since 1973.

The CP Has Heart program helped raise $2 million for brand new facilities in the pediatric cardiology unit at the JPCH. The total donation is the result of several fundraising efforts of the CP Has Heart campaign. Through CP Birdies for Heart, CP contributed $5,000 for each birdie made by a player on the 17th hole during tournament play. A total of 95 birdies represents a $475,000 donation. CP also matched all donations made online at www.pattisonchildrens.ca from February 14 to the end of the tournament.

“On behalf of our CP family of railroaders, congratulations to Brooke on her historic victory – it was a performance that gripped the entire country,” said Keith Creel, CP President and Chief Executive Officer. “This world-class tournament will also leave a lasting charitable legacy in Regina and the province of Saskatchewan, which has been an integral part of our CP network for over 100 years. We look forward to seeing the results of our collective efforts in supporting the important work of the Jim Pattison Children’s Hospital.”

“The CP Women’s Open coming to Saskatchewan is very exciting for our province, and all of us at the Jim Pattison Children’s Hospital are incredibly thankful that CP chose the brand new JPCH as the beneficiary of the CP Women’s Open,” said Brynn Boback-Lane, President and CEO of Jim Pattison Children’s Hospital Foundation. “The funds raised will help build a state of the art cardiac facility that will allow children to receive the care they need right here at home. CP, the LPGA, Golf Canada, the Wascana Country Club, and the community have come together to support the little hearts of Saskatchewan, and we cannot thank them enough.”

Since becoming the title sponsor, CP has raised $8.5 million for pediatric cardiac care across Canada at the CPWO. At this year’s tournament, fans were invited to the CP Has Heart Activity Zone where they could take part in fun activations to help raise funds for the JPCH. For a donation, fans could take a swing in the golf simulator to attempt their closest shot to the pin, or putt on a miniature replica of Wascana Country Club’s 18th hole in the long putt challenge. All funds raised in the CP Has Heart Activity Zone were matched by CP.

The 2019 CP Women’s Open will be played at the Magna Golf Club in Aurora, Ontario. For more details, visit www.cpwomensopen.com.