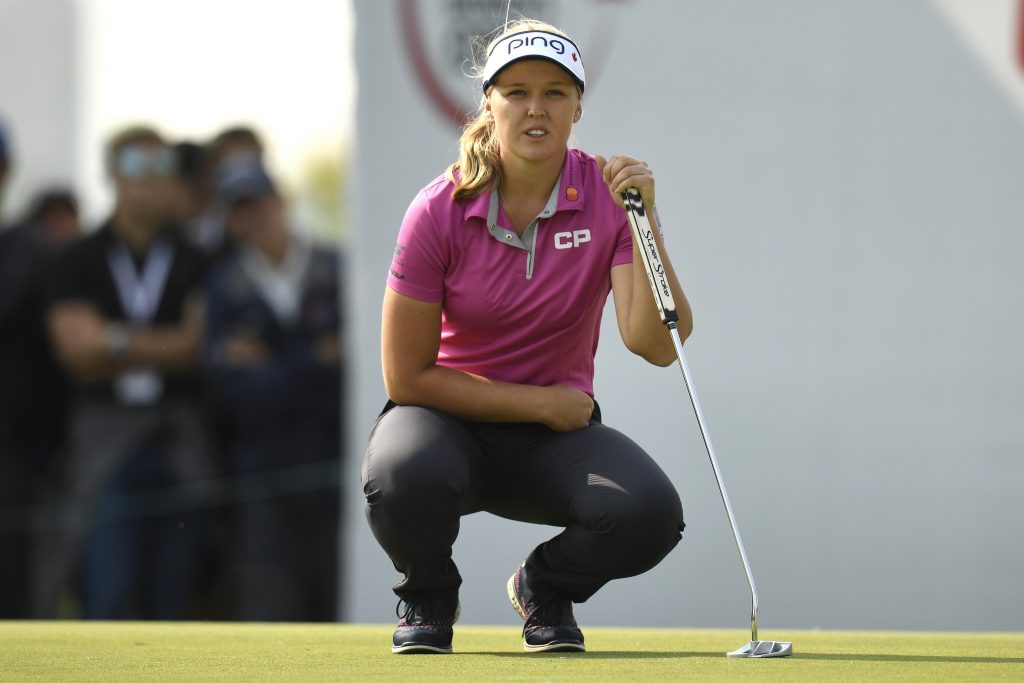 REGINA (Golf Canada) – Canadian phenom Brooke Henderson heads to Sunday’s final round of the CP Women’s Open with history on the line. Henderson carded a 2-under 70 on Saturday and holds a one-stroke lead over teenagers Nasa Hataoka and Angel Yin.

“I’m definitely in a good position heading into the final round, which is very exciting,” said Henderson, whose quiet smile was magnified by the hordes of Canadian golf fans lining Wascana Country Club on Saturday. “I feel like these crowds this week have been totally amazing, and I’ve been playing well for them, so I’m happy about that.”

Three weeks ago, Georgia Hall became the first British player in since 2009 to win the Ricoh Women’s British Open. Fast forward to Sunday and another long winning drought could end. If Brooke Henderson holds onto her lead and wins the CP Women’s Open, she would be the first Canadian to win her country’s national championship since Jocelyne Bourassa won the inaugural tournament in 1973.

The pressure was certainly not lost on Henderson, who refused to think too far ahead.

“That would be pretty sweet,” said Henderson. “It’s definitely a long way from that. There’s like a million players within like five shots, so I definitely have to play my best and hopefully go low.”

FINAL ROUND TEE-TIME SCHEDULE CHANGE
With the forecast of rain and possible thunderstorms for afternoon, the final round will start earlier than previously stated, starting on 1 & 10 tees at 7 am in groups of three. The last groups will tee off at 9:01 am. The leaders will tee off #1 tee last, the highest scores will go off #10 last, and the median scores will go off first from each side.