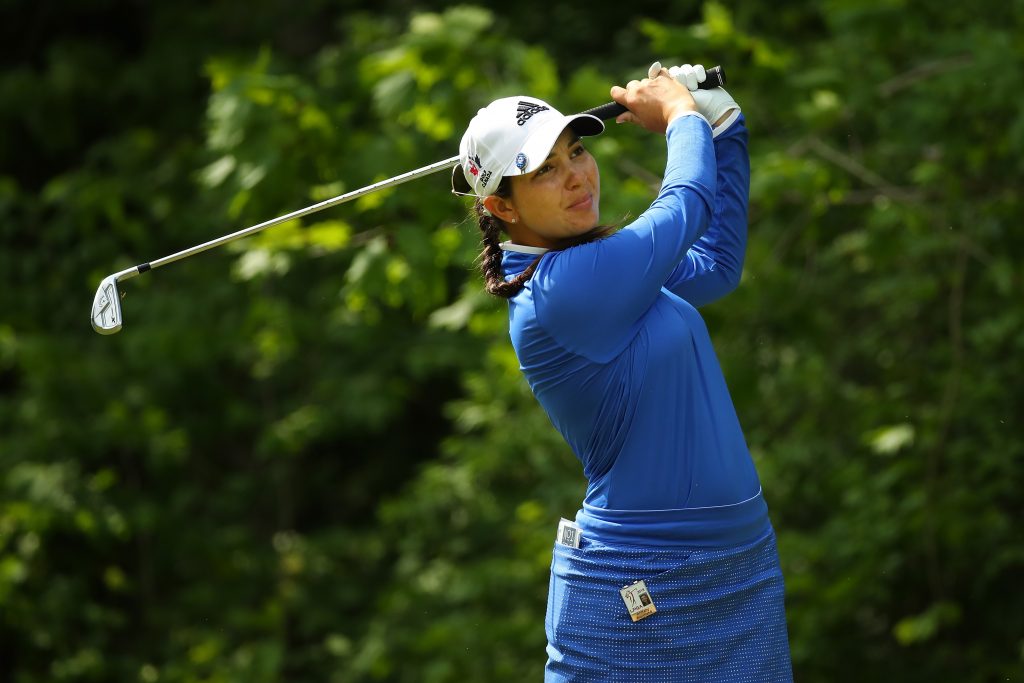 REGINA (Golf Canada) – Golf Canada and Canadian Pacific (CP) are pleased to announce the names of 14 players who have received exemptions into the 2018 CP Women’s Open taking place August 20-26 at the Wascana Country Club in Regina.

Marchand began the season with conditional status on the LPGA Tour, but made the most of her starts on Tour, making the cut in 10 of 12 starts including a T7 finish at the Thornberry Creek LPGA Classic. James, a former winner on the Symetra Tour, currently sits 46th on the Tour’s official money list. She’s made the cut at six of 12 starts including a T3 finish. Ha, a former Alberta amateur standout who played on the LPGA Tour in 2017, is currently in her 3rd season on the Symetra Tour. Marchand, James and Ha will compete in their 5th, 5th and 3rd CP Women’s Open respectively.

Saskatchewan native Anna Young—currently in her third year on the Symetra Tour—will have a home crowd advantage as the four-time Saskatchewan Women’s Amateur champion makes her first ever start in the CP Women’s Open.

Two other Canadian Symetra Tour players—Elizabeth Tong of Thornhill, Ont., and Megan Osland of Kelowna, B.C., will also compete at Wascana. Tong, a graduate of the Team Canada Amateur Squad, and Osland currently sit 100 and 122 respectively on the Symetra Tour money list.

National Amateur Squad players Grace St-Germain of Ottawa and Naomi Ko of Victoria, B.C., will also compete in the 2018 CP Women’s Open. St-Germain, 20, finished 7th at the 2018 Women’s Porter Cup and T1 at both the 2018 NJCAA National Championship and 2018 NJCAA Region 8 Championship as a member of Daytona State College. Ko, heading into her senior year at N.C. State, is a former Canadian Junior Girls champion who finished T33 at the 2018 Canadian Women’s Amateur.

Sixteen-year old Yealimi Noh of Concord, Calif., won the 2018 Canadian Women’s Amateur Championship to earn her exemption into the CP Women’s Open. Currently ranked no. 21 on the World Amateur Golf Ranking, Noh is among the hottest amateur golfers on the planet this season with wins at the 2018 U.S. Junior Girls Amateur Championship and 2018 Girls Junior PGA Championship.

Tiffany Kong of Vancouver also earned an exemption after finishing as the low Canadian (T6) at the 2018 Canadian Women’s Amateur Championship. The 17-year old will make her second start in the national championship after Monday Qualifying for the 2015 CP Women’s Open at The Vancouver Golf Club as a 14-year old.

A pair of LPGA Tour veterans—Natalie Gulbis and Becky Morgan—have also accepted an invitation to compete at The Wascana. Gulbis, a long-time fan favourite on the LPGA Tour with a victory and 37 career top-10 finishes on the LPGA Tour, will make her 11th appearance at the CP Women’s Open while Morgan, a Wales native who has played 18 years on the LPGA Tour will play in Canada’s National Open for the 12th time.

The players receiving exemptions are added to an already stellar list of golfers who will be competing at the 2018 CP Women’s Open.

No player will generate more excitement than Canadian sensation and CP ambassador Brooke Henderson of Smiths Falls, Ont., who will compete in her eighth career National Women’s Open. Henderson will be joined by seven of the top 10 ranked players in the world, including world no. 1 Ariya Jutanugarn.

“The CP Women’s Open features arguably the strongest field on the LPGA Tour, as well as the very best rising talents in Canadian and international golf,” said CP Women’s Open Tournament Director Ryan Paul. “Golf fans will be treated to an unbelievable showcase of world-class golf when tournament week kicks off August 20th.”

Other Canadians scheduled to compete at the 2018 CP Women’s Open include LPGA Tour regulars Alena Sharp of Hamilton, Anne-Catherine Tanguay of Québec and Maude-Aimee LeBlanc of Sherbrooke, Que.

In total, at least 15 Canadians will be included among the 156 competitors who will vie for the US$2.25 million purse when the CP Women’s Open descends on Wascana and the province of Saskatchewan for the first time ever.

On Monday, August 20, the LPGA Tour will conduct an 18-hole stroke play qualifier at Royal Regina Golf Club to determine the final four exemptions directly into the 2018 CP Women’s Open.

This year, the campaign is supporting pediatric cardiology at Saskatchewan’s new Jim Pattison Children’s Hospital in Saskatoon. Funds raised through the CP Women’s Open will help assist a dedicated cardiology space and specialized equipment in the new hospital, currently under construction and scheduled to open in 2019.

CP INAUGURAL WOMEN’S LEADERSHIP SUMMIT TO TAKE PLACE DURING TOURNAMENT WEEK
As part of the weeklong excitement of the CP Women’s Open, Golf Canada and Canadian Pacific are proud to announce that the inaugural CP Women’s Leadership Summit will take place Tuesday, August 21 at Hotel Saskatchewan in Regina. Keynote speaker and five-time Olympic medalist Hayley Wickenheiser , will be joined by LPGA Champion Lorie Kane; CP Vice-President of Grain and Fertilizer, Joan Hardy; and many more like-minded businesswomen from across the country for a day of networking, empowerment and philanthropy.

KIDS 17-AND-UNDER GET IN FREE
Golf Canada and CP are committed to offering a fan friendly, family event with the CP Women’s Open. To introduce more juniors to the sport, children aged 17-and-under get FREE admission to the CP Women’s Open for the entire week.